Review of The Chase 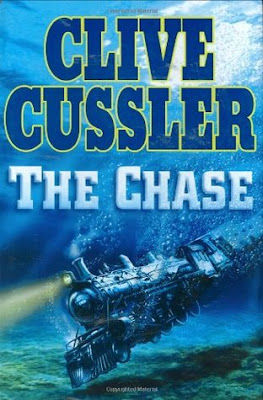 Aptly titled, The Chase is a pretty good thriller until about half way through when the actual chase begins. And though it's meant to be a mile-a-minute daredevil of a ride up and down the California coast and then across the Sierra Nevada range by train, I found myself skimming quite a bit.

I mean, Detective Isaac Bell will get his man in the end, right? And yep, that's what happens. Sure, Cussler provides some fascinating historical detail along the way (but he's first and foremost a fiction writer, so don't press him on all the facts necessarily) featuring the 1906 San Francisco earthquake and fire, there is only so much one can take when reading what probably looks better on the big screen.

Overall, though, I like this series (having read #3 first, so I'm a bit out of order) and will likely read more. Good stuff. 3 1/2 to 4 stars.
PS Subscribe to my sf/f newsletter and receive an e-book as a thank you gift.