Review of Lost Tribe of the Sith 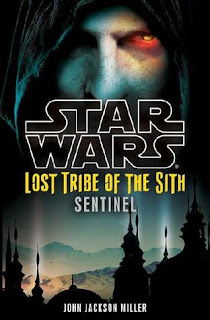 This series of novellas (or novelets, really) form a pretty good overall story. I have to admit up front, though, that I've only read episodes 1 to 6, and still have to read numbers 7 and 8.

Why, you ask, stop at 6? Because I downloaded these 6 ages ago from Amazon when they were free and never got around to reading them to realize that there were 2 more I was missing!

So here are my quick impressions as I finished each installment. I started the first novel in 2017 and finished #6 in 2019 or something. I guess it took awhile to get into! lol

Precipice and Skyborn are the first two novellas in a six part series [sic. which is what I thought at the time]. Very good writing, strong world building, really enjoying this story so far.

Paragon is the third novella, not a very satisfactory installment, but it does reveal the machinations of a main character. 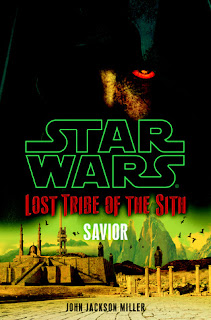 Lost Tribe of the Sith is an episodic novel. I downloaded them free from Amazon at one point awhile back. Working my way through each "chapter" (each book is less than 40 pages) in the story.

Found out this series is 8 episodes long, and Savior is the 4th installment. After the Sith are destroyed, this lost tribe survives a crash landing on a distant planet. Books 1 to 4 (each one a novelet in length) form a complete story arc, how the Sith using the dark side of the Force are taken as gods by the local inhabitants. Not a bad series.

Purgatory and Sentinel are books 5 and 6 (novelets really) in an 8 book series. But this story arc only lasts 2 episodes and takes place 1000 years after books 1 to 4. Well done.

So I guess that's why I haven't finished books 7 and 8 - two story arcs within the series are done and I'm sure the finale wraps it all up, so will eventually get to them.

PS Subscribe to my sf/f newsletter and receive an e-book as a thank you gift.