Review of The Wild's Call 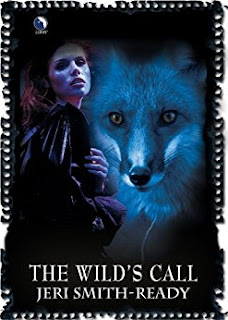 The Wild's Call
by Jeri Smith-Ready

A fair prequel novella to a series of books called Aspect of Crow about an emerging magical society where survivors of 'the Collapse' each have some kind of spirit-animal super power. We don't know any details, the story begins in medias res, and the author does a pretty good job hinting at the post-apocalyptic context rather than explaining the details. The emphasis is on the two main characters as they escape a volatile Baltimore and head for the woods where they meet up with others like them.

It's a mildly interesting premise, but I was put off by all the sexual innuendo, sex talk, and actual sex that occurs between the two main characters. The story could have done without it. After I finished I saw that it was originally published by e-Harlequin Romance and thought maybe that's what they expect of their authors. I won't be reading the actual trilogy (Eyes of the Crow, Voice of the Crow, The Reawakened) that follows since I'm not into explicit romance. But if this is your thing, you'll probably want to read the whole series as this prequel affords just a taste and not the satisfaction of a complete story. I think I got it free on Amazon a few years ago.
<><>
PS Subscribe to my sf/f newsletter and receive an e-book as a thank you gift.