Really enjoyed these four 'prequel' novellas. They provide the necessary background information on the factions to understand the Divergent trilogy. For those yet to discover this series, I'd even recommend you read this collection first (but ignore the short snippets at the end). Four stars.

The other books in the series are: Divergent, Insurgent, Allegiant.

Here's my review of the third book and the series as a whole. 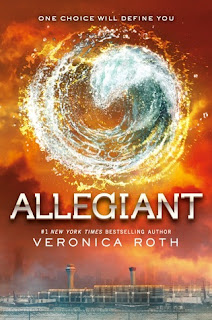 Well, the series as a whole wasn't as good as Hunger Games, but it was better than Maze Runner. Of course, all three series are dystopic favorites among the YA crowd and each involve some "big bad government" tyranny involving tests or manipulations or conspiracies. If you're into that genre, I guess you could do worse than Roth's venture, though it does kind of get lost in itself during book 3 when you realize the secret to understanding their society isn't the ultimate secret. It's like those Russian dolls, you only reveal another manipulator behind the first one you unmask. So there is really no resolution to the "big bad government" problem and the state of the world continues on in its path of hopelessness at the book's end.

Which I think is the overall message here. The author tackles issues of sin (though she doesn't use this term), guilt, forgiveness, community, and friendship - within the conceit of genetics and human conditioning. And the answer to the human dilemma of evil and tragedy and loss? Well, there is no answer, but we soldier on anyway relying on love to guide us. Sort of a half-baked humanistic solution that is ultimately all the world can offer. It's the same answer the movie Wonder Woman gives (which I just saw recently) so it seems to be a common theme right now, which I guess is better than straight up nihilism. I'll give the whole thing 3 1/2 stars out of 5.
<><>
PS Subscribe to my sf/f newsletter and receive an e-book as a thank you gift.