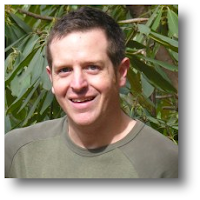 In conjunction with author Hugh Howey and our sister-like zine, Abandoned Towers, we are giving away TWO COPIES of Hugh's popular first novel (signed!), MOLLY FYDE AND THE PARSONA RESCUE.

How do you win your copy? Follow the clues!
1) Read the interview (see link below).
2) Download the various portions of the book.
3) Answer the questions!
See how easy that is? So let's get started...

In a featured interview at Abandoned Towers, Hugh writes:

My first novel, Molly Fyde and the Parsona Rescue, was published in 2009 by NorLightsPress.com. It begins the saga of a young woman as she sets out to recover her father’s old spaceship. During her adventures, she’s joined by a band of alien misfits and runaways that find in each other what none of them truly had before: a family. The novel is packed with adventure, romance, fantastical settings, mystery, and some light philosophy/social satire. Reviewers (including Lyn Perry's review at SFReader.com) have been effusive with their praise: PARSONA RESCUE has already made at least three “Best Of” lists for 2009. The other book I have out is just now being released. It’s the highly anticipated sequel, Molly Fyde and the Land of Light. It should be available by the end of January, 2010.

So what do you do now?
FIRST, DOWNLOAD PART 1 of Hugh's science fiction novel to get started.
THEN, GO HERE to finish the interview and look for a link to PART 2.
FINALLY, Hugh has posted PART 3 of this contest on his website. Look for the questions that you'll need to answer, then send your responses to Hugh to enter the drawing.

A random drawing will determine the 2 winners. So what's in it for you if you lose? Get this! All entries will receive a 50% off coupon code for the digital version of Howey's sequel, Molly Fyde and the Land of Light. Best wishes on your quest. Let the contest begin!

What are you doing here still reading? Get going!