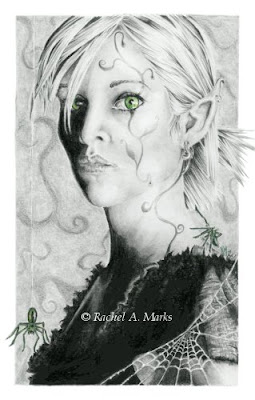 1. Beginnings Part 2 - A New Start by Glenn W. Fisher
+ Biblical Fantasy (3480 words): Part 2 of Beginnings, A Journalistic Journey Through the Book of Genesis.

Noah, a prominent resident of Precinct Fourteen, recently installed a sawmill on his property. He and his three sons are busy cutting nearby cypress trees. It appears that a major construction project is under way, but they refuse to say what they are building. Noah responded to requests for an interview with a polite refusal. “I’ll make a public announcement at the proper time, but for now I have no comment.”

2. The Other End of the Rainbow by M. Vance
+ Leprechaunal Fantasy (975 words): Part 3 of a 4-part serial. Our hero, Joel Sanders, seems to have gotten himself into a bit o' trouble.

Joel’s hands were chained behind his back. Drums pounded out a steady beat as the guards at his elbows marched him up the stairs onto the platform where the guillotine waited. He was forced to kneel, his neck carefully positioned under the shiny, sharp-edged blade. He turned his head to see his executioner.

3. Featured Artist: Rachel A. Marks
+ Artist Interview (965 words): AKA Pixydust, Rachel Marks is an accomplished artist, author, wife, mom, homeschool teacher, and dirt bike rider. How did she get into fantasy?

My favorite books as a kid were 'A Wrinkle in Time' and 'The Wind in the Door.' I loved anything dark and tragic and as a teen would sit for hours at a time sketching out 'The Crow' or a girl wondering a graveyard by moonlight.

4. Gifted by Selena Thomason
+ Speculative Fiction (3000 words): What if your gift felt more like a curse? Talk about ruining a perfectly good day...

At first I hated my telepathy. I hated being able to read the forbidden thoughts in people’s minds, the horrible things they thought but had the decency not to say.

“I’m hallucinating. Go away.” I walked out of my office without waiting for my over-worked imagination to come up with an answer and headed for the kitchen.

1. A Time to Reap by John Schuler
+ Supernatural Thriller (1800 words): There's a time to be born and a time to die...and a time to tell stories about what you can take with you when your time comes!

“Just a few more things,” came a shout from the bedroom, followed by the noise of a minor avalanche that must have come from one of the closets.

Nicole had heard rumors that this place had been a speakeasy way back in the early twentieth century during Prohibition. She couldn’t help but appreciate the irony; although she and her cohorts now met secretly for entirely different reasons, the practice was just as illegal.